A U. S. Rotary bonspiel was planned for the weekend of October 22-24 to renew the ties of fellowship and to determine U.S. qualifiers for the April 8-15, 2022 Rotary World Championships scheduled for Dumfries, Scotland.  After being idle for 18 months the Blackhawk Curling Club in Janesville, Wisconsin experienced difficulties in icemaking.  On short notice, the competition was moved to the Poynette Curling Club and three draws were played on Saturday afternoon October 23.  Thanks both to the Blackhawk Curling Club for their efforts and to Poynette for saving the day. 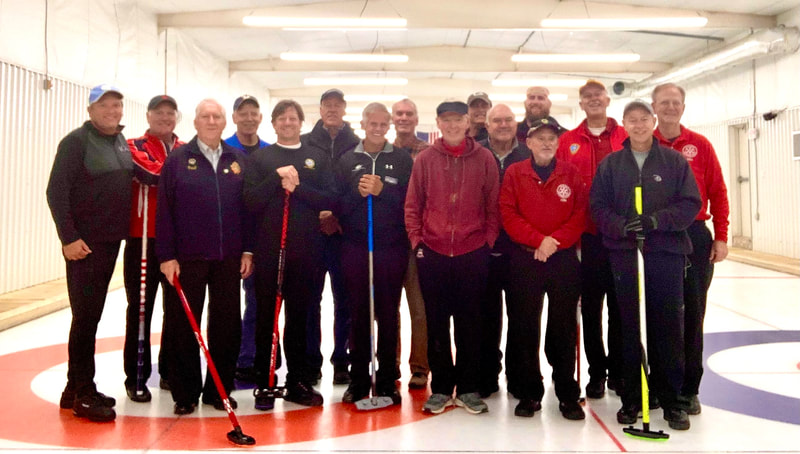